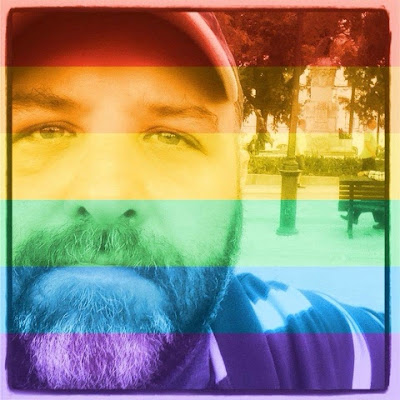 REPRINTED FROM THE JULY ISSUE OF THE BEARGRRRIAN GAZETTE...


If you'd like to hear Mr Yeti in action he has two albums cheaply available for purchase on Bandcamp from the following links...

Not to forget all the poetic yeti videos on youtube under: MRSHYYETI

I like to begin my day early, by noon if possible - although sometimes it can be later... No! I'm kidding! I'm up and about a lot earlier than that - by at least 11.30! More like, 6.30!?! A yeti like me needs to get up early to keep looking quite as fluffy as I do on a daily basis; in fact I lose count of the number of times that I get asked how I manage to keep looking quite a perky as I do; especially since I turned 21 again not so long ago. Well, I'm happy to share my beauty techniques with you - but I,m surprised that you haven't guessed yet - my secret is... PIE!! Of course, it is! Cherry pie, specifically - sometimes cheese and onion or if I'm feeling particularly daring maybe a slice of both. Just rub it into your fur three times a day and get a friend to lick it off. It's the only way I know to keep looking quite as glamorous as I currently do.

But enough about me... Ha! What nonsense!? This whole piece is about me. But what exactly, I hear you ask, do I get up to on a typical day? When I'm not jet setting off to Berlin, Lisbon or - my personal favourite - Venice, that is. Well, this is the thing - just now there really is no typical day. 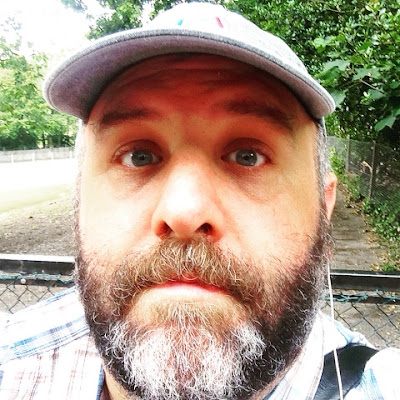 As, no doubt you've read, I've been living a slightly wobbly existence of late due to having duffed up both my legs in a tragic pasty tasting accident back in the spring. I don't want to go into exactly what happened in too much detail as I'm sure you all know the story - needless to say I had to sack my agent and publicist, Montgomery Seaotter, who was last seen upside down in a gents toilet when he should have been minding what I was up to. Still, these things happen - but I like to look on the bright side; I've lost weight, mainly due to having been on a liquid diet since March. Still, chocolate milkshakes are surprisingly fattening and when I say I've lost weight I mean more that I've actually put on weight - but only in bright lighting at especially unflattering angles. Still, it's my managements fault - well, once we've recruited my new management it will be.

So, anyway, getting up in the morning has been slower than usual - I've been back in Beargrrria visiting family since the accident - not to mention working on my next books. It's nice to see friendly faces, but Beargrrrian medi-care is slightly basic compared to the good ole NHS. Still, one has to make-do. Rumours of me returning home a tax exile are exaggerated - but only because I've barely earned a penny in the last eighteen months; you can blame  my "dear friend" Seaotter for that one too! Anyhow, I'm woken just before sun-up by my top team of avian nurses who come to change my bandages before breakfast. It was just supposed to be my legs they were bandaging but Canadian geese aren't the brightest of birds so they tend to just wrap me up from top to toe like an Egyptian mummy. I don't like to complain, so I just let them get on with it - it takes long enough to clean up the mess they leave once they're done - feathers and droppings everywhere! You'd think they could send me nurses who were toilet-trained but maybe that is too much to ask; you don't get that with the NHS either! As far as Beargrrrian medi-care is concerned I did recently offer my services for promotional brochures but, as yet, have heard nothing back. Still, no news is good news and perhaps I don't want my face associated with incontinent Canadian geese. Again.

Once the nurses are gone it's finally time for breakfast... I like to eat healthily, so I tend to chew each mouthful an extra five or six times, spit it out, force-feed it to a friend and then eat a cheese and chutney sandwich whilst I work out what to eat next. I do tend to like something a little sweet at that time of day and so tend I move on to fruit and muesli - with a small Black Forest gateau or four on the side. That and a bucket of black coffee. And a double G and T, if I'm feeling cheeky.

Once breakfast is done I like to get busy on some writing - I do most of my best work before elevenses, that fifteen minute window is invaluable, I find, to getting my writing day successfully underway. One think that I have never told anyone is that I do most of my best work in the nude, but with the amount of fur I have thankfully nobody notices.

I'm currently working on a number of projects that have been in the pipe-line for two or three years. I'm not quite sure how they ended up in this particular pipe-line, but a few sharp prods with a broom and they were free; I didn't even need to call a plumber. Not that I like to mention it, but I've been so very busy with all my charitable work lately that my creative life has rather fallen by the wayside; the accident hasn't helped matters either. As I say, I don't like to go on about all my charitable ventures but needless to say I devote a lot of my time to promoting Pie-eaters Anonymous - not to mention the money I have put forward to help with a Home For a Retired Yeti in Beargrrria; apparently we've raised enough, so far, to build a toilet cubical - maybe even two - so I'm feeling quite positive. 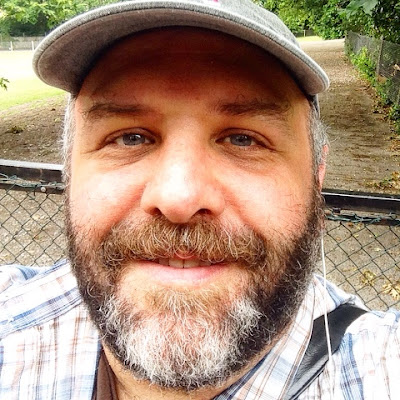 Next up is lunch... I usually go for something light at this time of day - a pie made of feathers or hydrogen balloons, for instance. Or maybe some fruit. Or a dry cracker. Or a little pile of dust with an olive on top. Possibly two olives.

I'm sure I can't be the only one, but I find that after lunch I am in need of a nap... I try and dream ideas for new stories - and sometimes this works - but 99.9% of the time I just dream about cake. Still, it could be a lot worse.

After my nap I like to swim, although that's been less than easy since my accident - although I think the swans and the moorhens are glad that I'm not splashing about in their pond quite so much any more.

Since swimming is out at the moment I tend to just get back to writing... I'm not a big fan of typing my own work and as I can't afford any fancy audio-transcribing software I tend to call on the services of my best friend and feline companion, Deeley; probably the best typist in all of Surrey. To be honest he's extremely bossy - and has rather a liking for cat nip. Still, he is doing his best at the moment to learn human English - he can type it but he understands very little of what he's putting down; rather like myself when I try to learn his cat language - known as Meow. So far we can both say hello in each other's languages but progress is slow; partly due to how distracting the cat nip becomes after we've both been sniffing it for a few minutes. That stuff should be renamed Yeti-nip!!

Occasionally in the evening I'll travel out to a poetry reading... My most popular audiences tend to be in old people's homes or graveyards. Oh, and squirrels and badgers really seem to like me - I'm not completely sure why, but they do; so I do quite a few shows in forests or the odd random suburban garden. In fact I'm tailoring my next poetry collection specifically to this audience. I haven't got a title yet, so if you have any ideas then please do drop me a line. Talking of which I usually have quite a bit of fan mail to reply to - and sometimes hate mail too. The fan mail I always answer personally - I think it's nice to reward people with good taste. The hate mail I just pass to my friend Stephen The Angry Rottweiler. Enough said, I think.

If I'm not reading then I sometimes go to an opening - of a gallery or maybe an envelope - I also like to attend funerals; not necessarily of people I know. I guess, as I mentioned before, that it's all tied in to the grey pound - as I'm told that I am most popular to the 80 to 130 age-range. I also consider it another aspect of my charity work - the deceased gets an extra guest at their memorial service and a celebrity one to boot and I get access to a decent all-you-can-eat buffet, not to mention the possibility of an open bar. If you go to enough of these things and bring a doggy bag in your suit pocket then you pretty much never need to go to a supermarket for anything other than milk and cereal. Between you and I I'll admit that I don't buy cleaning products, I just get an old unemployed friend to come and heavy breathe over my belongings once or twice a month. It works for me and I believe the dust of famous yeti sells quite highly on E-bay. Once again, another of my more charitable gestures.

So we reach the end of my typical day... It's a pretty perfect life and I tend to sleep well, almost as soon as my head hits the pillows. I really need to get that fixed - the bolt in my neck keeps working loose - maybe I should just use sticky tape. Thanks for reading... 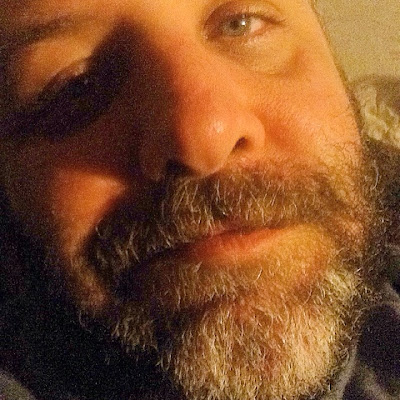 Mr Shy Yeti is a spokes-yeti for Pie-eaters Anonymous and is also helping raise money to help build a home for retired yeti in Beargrrria. However he does not like to mention his charitable work in any detail. Mr Yeti has a number of new books due out later in the year, among them a 10th anniversary edition of his poetry collection, POETIQUETTE and the 4th and final season of his script-series, THE BEAST OF FRIRNDS. This piece was written between the 15th and the 18th of June 2015; with further revisions up until time of publishing. 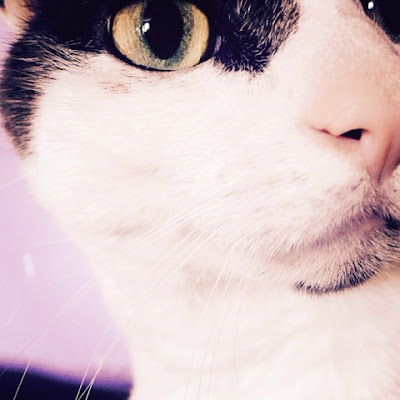 This post and all contents are copyright Paul Chandler, 2015.
Posted by Paul Chandler at Wednesday, July 08, 2015