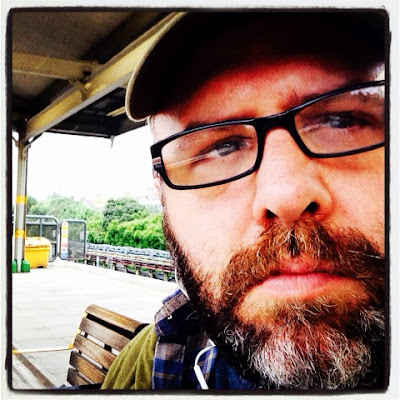 MAY IS ALMOST THE MONTH, WE GET IT!!

This week I have a new poem to share with you - one of the last new pieces that will be going into the forthcoming A YETI WAY OF THINKING collection... Originally I was thinking of drawing a line at the end of March - but now I've decided that 80 pieces will be the cut off point for this book - meaning that I have 4 or 5 more to go. 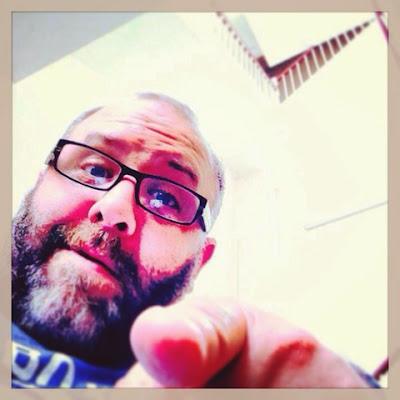 I've also been busy working on the second and third series of THE BEAST OF FRIENDS. The first series came out in 2012, the second series is written and currently in the process of being proofread, the third series I'm busy writing at the moment (script 5 of eight) and the 4th (and possibly final) series I've begun plotting stories for. Having been ill last year my writing slowed down a little - not that you may have noticed it, but I did - but I've really been getting back into BEAST again of late. I'm considering serialising the first eight scripts of series 1 on it's own blog - but if I decide how I'm going to do that I'll let you know.

Here's a bit of information about BEAST OF FRIENDS from that first series:

THE BEAST OF FRIENDS - SERIES 1.

THE BEAST OF FRIENDS is a series of eight radio scripts concerning a number of curious characters; an amphibian journalist known as Horner, a witch called Katrina, Clive - a robotic clock, Cromitty – a voodoo doll, a werewolf named Colin and a fellow named Warren who had a very strange upbringing! This series, originally conceived in 2004, tells of what happens when they all live together!
Paperback edition: http://www.lulu.com/shop/paul-chandler/the-beast-of-friends-series-one/paperback/product-20275760.html 112 Pages / £5.99
Hardback edition: http://www.lulu.com/shop/paul-chandler/the-beast-of-friends-series-one/hardcover/product-21186706.html 112 Pages / £11.99 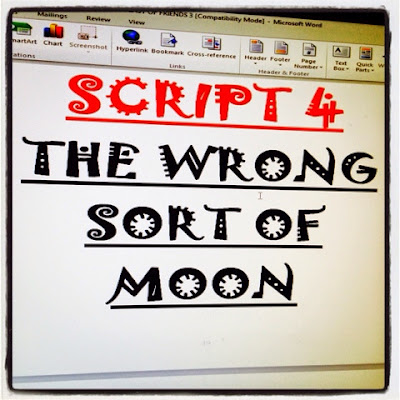 The above photo is script 4 of series 3, THE WRONG SORT OF MOON and below is a sneaky peek of the cliffhanger... Writing series 3 is proving to be quite a different experience to writing series 1 and 2. Series 1 was a little strange anyway, as I was returning to complete ideas that I'd originally plotted back in 2004, but never written up. By series 2 I was considering which characters I enjoyed writing for most and which ones might be making their departures. Series 1 and 2 were mainly stand-alone stories with a thin linking plot-line - whereas I am finding series 3 has a lot stronger thread involving one of the new house-mates. It's all quite exciting - for me! and hopefully for you too. Lots of lovely cliffhangers as you can sort of see from the photo below. The series does have a tenuous connection to my writing and poems have featured in the first couple of seasons. Shy Yeti himself actually appears as a character in series 2 - but he's not as kind and cuddly as the real Mr Yeti, he's actually a bit of a gossip! 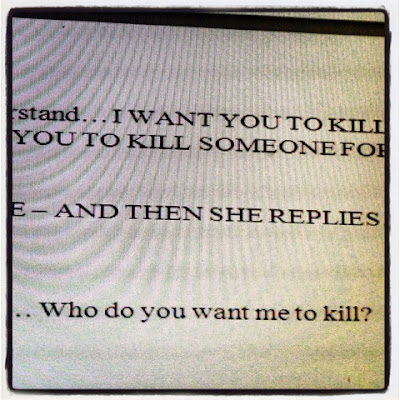 Before we go, I am including my most recent piece of writing, ALMOST GONE which will appear in my forthcoming A YETI WAY OF THINKING collection. It's a bit of a macabre one that was inspired by doing the washing up in a house that has suddenly become empty. It's a little bit saucy - a little bit macabre! Well, mostly it's macabre.

Next time I'll hopefully have more news about the new collection and maybe something about a new SHY YETI ON LOCATION video... 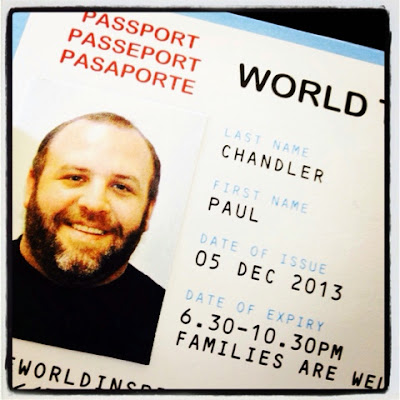 ALMOST GONE
There is heat in the coffee pot –
In the coffee in his cup…
But it is almost gone now.
Yet it reassures me…
He was here - and recently.
There is still warmth in the sheets –
Where we lay, so recently.
The bath water that we shared grows tepid.
I close my eyes and whisper his name.
The toaster and the stove…
Where earlier, I made breakfast –
Is cooling, once hot.
Now only the memory of the flame remains.
There is a smile on my face…
I lust for his body –
For the feel of him…
The love in my heart, has reignited.
Bending down, I hold his hand –
There is still heat in his touch.
But his temperature is dropping.
His expression is fixed, his eyes unseeing.
The blood around the wound is clotting.
I wait, listening –
His heart-beat flutters.
Gently, I kiss him goodbye.
His lips are stony.
His pulse is slowing.
The life is almost gone.
He is safe with me now.
Tick, tick.
Gone. 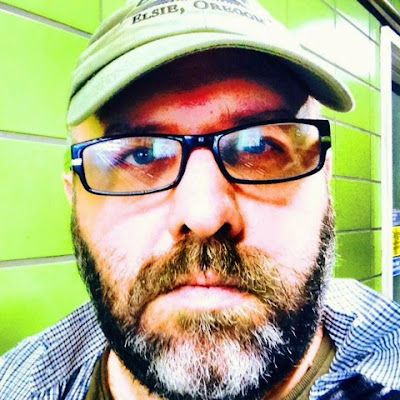