A LITTLE SOMETHING FOR EASTER... 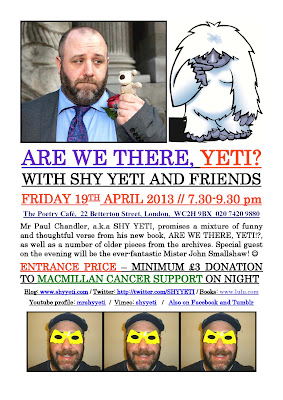 So, you may ask... What are you up to over Easter?

Actually, you're probably not asking that as you're going to be very busy doing your own things and won't for a minute be wandering what I'm up to! Still, that has never stopped me, so I intend to tell you what I'm going to be up to whether you like it or not...

As you can see from the main photo above, we have a new Poetry Cafe gig coming up pretty soon - but more about that nearer the time.

What we do have this week though, as promised - my Easter present to you, is a new SHY YETI ON LOCATION episode. Not a short mini-episode, either - this is a full length film of almost 13 minutes in length. Here's what it's all about! 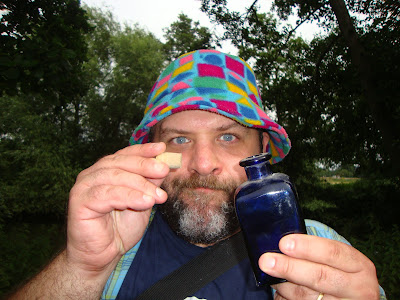 SHY YETI BOTTLES SUMMER - TWO!! is Mr Yeti's second attempt at containing summer - on this occasion he actually remembers to bring a bottle with him! This film was recorded back in July 2012, but now in March 2013 - whilst the British winter seems to drag ever onwards - this seems to be the right time to unearth a little of that bottled summer preserved from last year. This film contains two short stories, MIST YOU and AUTUMN'S COMING and two poems, THE ELEPHANT IN THE ROOM and A WAKE-UP CALL... which all come from my forthcoming NOT AS SHY AS I WAS collection, due out later in the year. There is also plenty of sillness and, of course, a yeti dance. The episode includes Paul Chandler (a.k.a Shy Yeti) and special guest: Dominic McCauley. Camera: Paul Chandler, Dominic McCauley and Calum Williamson. Music: Luca and Spooky Yeti. This film and all contents are Copyright Paul Chandler 2013. There will be another Shy Yeti On Location episode soon!

Here are the links: 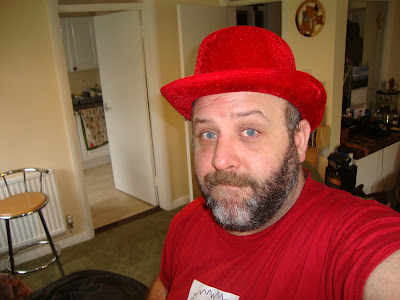 I also posted up an exclusive Advert for Youtube explaining what exactly Shy Yeti videos are all about. It's only a minute in length and features clips from the forthcoming Venice episodes and can be viewed here: SHY YETI THE ADVERT... http://youtu.be/EGmxDxoBZ50

As I may or may not have mentioned, I am all finished with the next SHY YETI ON LOCATION film, which is entitled THE EPISODE WITHOUT A THEME... This episode will probably be up the week beginning 8th April, once I'm back from my Easter break. Next up, I'd like to share a few behind-the-scenes photos with you, from this film.

THE EPISODE WITHOUT A THEME
PHOTO GALLERY...

As the title suggests, this episode has no real theme - it is actually one of two episodes that I filmed last year under this title. This first instalment was recorded during July 2012, slightly before I worked on the recent SHY YETI BOTTLES SUMMER - TWO!! episode and was filmed in a number of secret locations between Surrey and Kent. 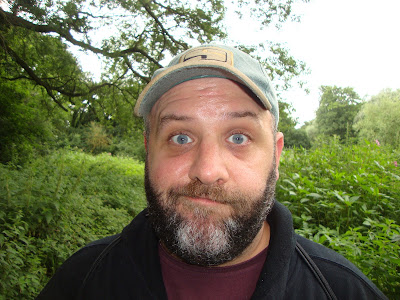 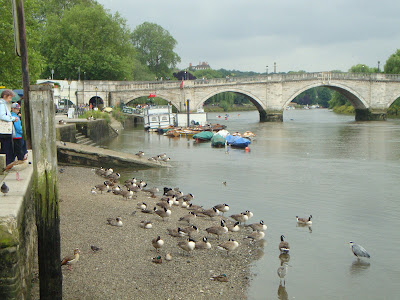 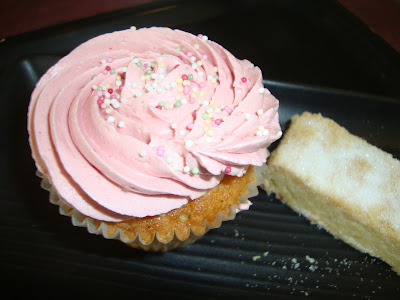 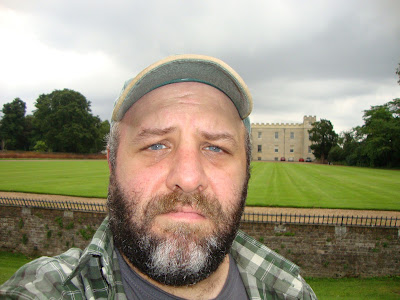 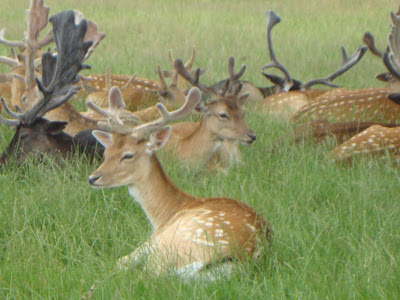 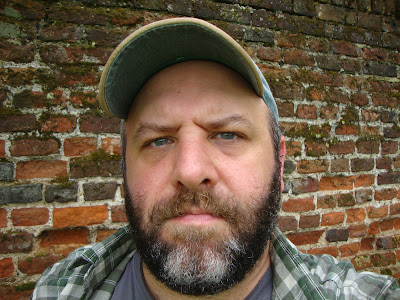 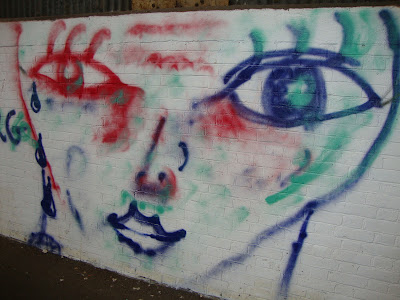 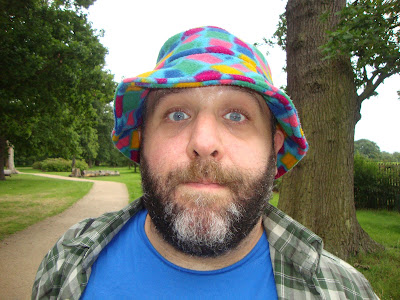 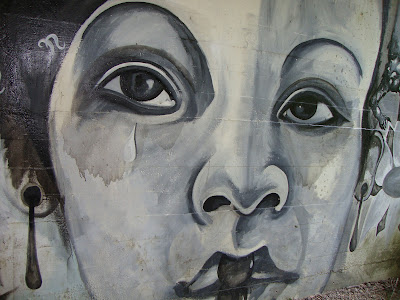 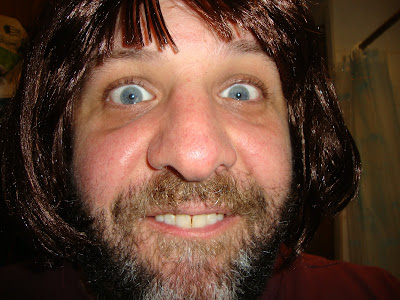 Next week I'll probably be posting a new interview with a bit more information on what's coming up in the next few months - I'll also be busy out and about and filming things, so I may leave the post to slightly later in the week and include a bit of a diary of what I've been up to so far, over Easter...

PS I've finished a couple of new prose pieces and a poem in the last week, titles include A CULT FOLLOWING, ONE LAST NIGHT and PICCADILLY IS A RUBBISH CIRCUS... 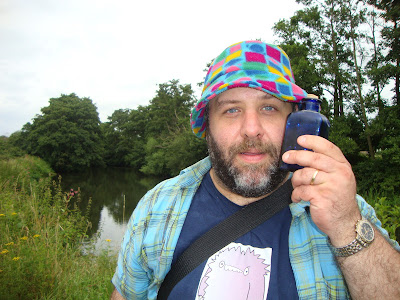