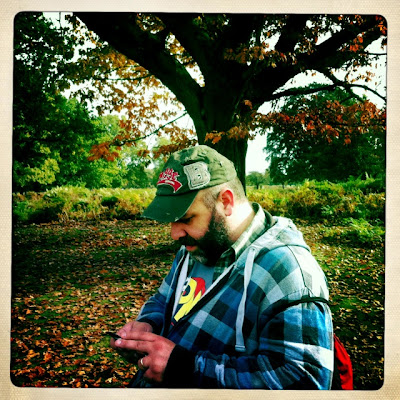 This week we're going to look ahead to what's been going on in yeti-world over the last few days and what is coming up over the next few weeks into November...

But first, I have a new episode to announce - it the second of the two episodes that were filmed in Broadstairs during August...

SHY YETI'S SEA-SIDE SHUFFLE - PART 2 is the second part of a two part series from the Folk Festival In Broadstairs, recorded in August 2012. It contains two poems and an alternative version of a rather silly song - not to mention yeti dancing and a whole load of other silliness. The poems included are GRANNY ETHEL KEEPS THEM DECENT and THEY DON'T RHYME THEIR POEMS IN L.A. and the song is called ONCE I LOST MY HEART TO A CORNISH PASTY - the words and music are also by myself and it's "sung" by yours truly. There are also a few clips from my Open-Mike appearances (the full versions can be seen earlier on this profile) and the poem I WILL EAT PIES, from my September 2012 appearance at The Poetry Cafe. There are also yeti dancing and a few rather silly moments! Broadstairs camera-men: Paul Chandler and Dan Hodges. Poetry Cafe camera-man: Calum Williamson. Music: Paul Chandler and Dan Hodges. Thank you to the people of Broadstairs for their singing and dancing, especially anything that appears in this episode. The film and its contents are Copyright Paul Chandler 2012.

There's also a SUTTON PARK (2012) mini-sode up, exclusive to Youtube - but it is very short - under a minute!!

This is one of 5 ear-shattering tunes that I whisked up to go with the two Halloween episodes of SHY YETI ON LOCATION that I am due to release over the next couple of weeks, before I move on to working on the next SUTTON PARK episode. This music, will probably end up using them in my SUTTON PARK episodes too!!

This weekend I was busy filming inserts for future episodes, working with no less than 3 different cameramen... I know! I know! Such a floozy... :)

On Saturday, I returned to Bushy Park, where I recorded an intro for SHY YETI'S HAUNTED COOKERY SHOW, which is a surprise Halloween episode, that has jumped ahead of the existing pre-recorded Halloween special, which will probably now be entitled SHY YETI'S BELATED HALLOWEEN HOO-HAA!!! The opportunity came up to film this episode over the weekend and I also wasn't certain that I'd manage to get the other episode edited in time, whereas the cookery episode is more of a quick edit. Camera-man on the day was Toby W, a new convert to the world of yeti! I had intended to record a full poem, however I managed to leave behind my script - so in the end I read the first verse and chorus of a new poem called ARE YOU AWARE I'M A WEREWOLF? which isn't even completed yet. We also filmed a bit of an introduction for my 2012 Christmas episode! I've never done one of those before, but I aim to film most of it through November, partly in Salisbury and probably a little bit in Venice, whilst filming the other Venice episodes.

On Sunday I popped over to Dan and Baz's near Vauxhall and we filmed the actual cooking segments of two episodes. The first episode was the Halloween episode, which I originally expected would be no more than 5 minutes, but looks like it's going to be, at least ten. We cooked Halloween biscuits for that episode. The other episode filmed was us making an Italian apple cake, which I'm aiming to include in the food themed episode that I began filming a month or two back... I'll have to check back, but I think it's now pretty much done, but at the moment I'm not planning to edit that episode until the Christmas holidays - possibly making it the first episode of 2013. We'll see...

Anyway, we had great fun filming these episodes - and will probably do further spoof cooking episodes in 2013. The Halloween episode should be available to watch next week, however until then here are some photos. These ones are camera-phone ones, but they've come out pretty well - I took a lot of others with my proper camera, which will probably make it into the finished films... 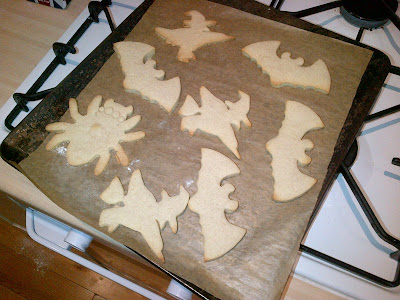 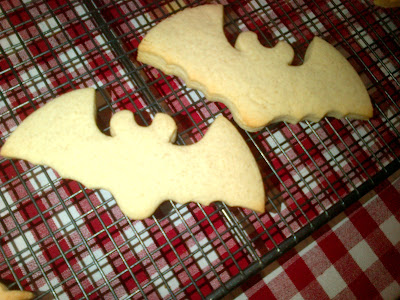 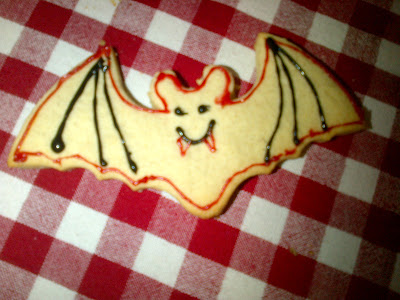 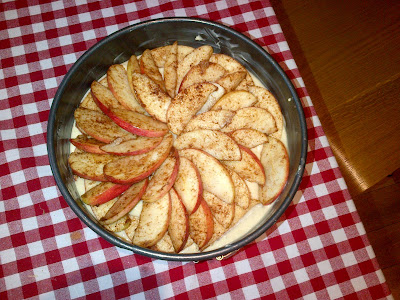 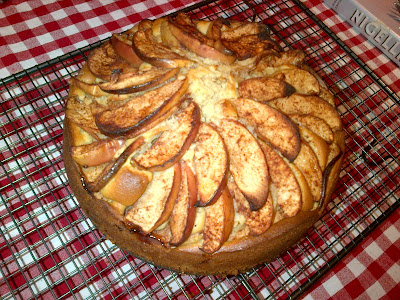 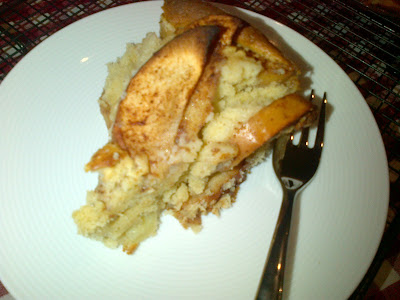 In other news, I'm heading to Salisbury later this week, where I hope to film a bit of the Christmas Special as well as catching up with family and friends... I'm also just putting the finishing touches to THIRD TIME LUCKY and am hoping that I can send off for copies by the end of the week, so that I will be able to launch that book next week, take a copy to Venice for filming purposes and be able to have some available at the show on the 16th November.

As for ARE WE THERE, YETI!?, I still have a small number of the longer stories to proof, so I don't expect this collection to be ready until the end of November now, although I intend to read a number of pieces at the Poetry Cafe show. Speaking of which, the good people of The Poetry were in touch yesterday to enquire whether I'd like to book further nights for shows in 2013. Of course, I said yes - and although I intend to keep the exact dates under my hat a little longer, I can confirm that there are dates booked for April, July, September and November. All the dates are Fridays and one of them is Friday the 13th, so I'll probably do a spooky night on that occasion! I've even considered somehow working in pre-recorded footage into one of the shows if we can get a projector - but these are very early plans and it may not be possible!

It's less than two weeks now until I head to Venice, I'll write a little more about that next week, I expect - as well as updating you on what else has been going on... One last thing I can reveal is that I intend to spend a few days around the New Year down in Dorset in the same location where I recorded the very first SHY YETI ON LOCATION episode, three years ago. There's a lot more that I never included in that area, last time - so it's going to be cool to go back! Rain or shine!! 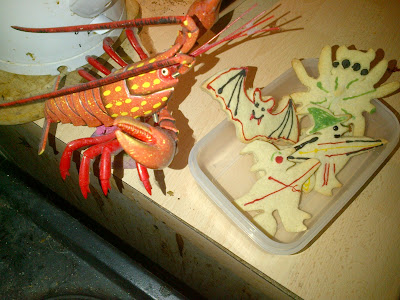 Thanks to Toby W for the use of his photo at the top of the page, all other Contents Are Copyright Paul Chandler, 2012.
Posted by Paul Chandler at Wednesday, October 24, 2012