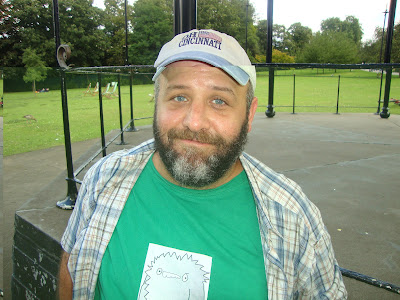 ALL ABOUT PIE-TRY IN MOTION AND TOMORROW'S GIG...

This week I'm going to talk a little about audio yeti, another video, update you on what else I've been up to and look forward to tomorrow's Poetry Cafe show.

First up, the new video... Here's the details!

SHY YETI LIVE FROM BROADSTAIRS is a video that includes the 4 videos that I read open-mike on Saturday 11th, Monday 13th, Tuesday 14th and Thursday 16th August 2012 at The Poetry Breakfast in Broadstairs; part of the Broadstairs Folk Festival. The poems I read are: YETI SPAGHETTI, I LOST MY HEART TO A CORNISH PASTY (Lyric Version), JOHN, I'M ONLY RHYMING and A LITTLE MOUSE. This video acts as a sort of prelude to my two-part SHY YETI'S SEA-SIDE SHUFFLE series, also filmed in Broadstairs during that week, which should be up later this month; but which does not include these live performances. This video stars Paul Chandler a.k.a. Shy Yeti and Dan Hodges. Camera by P.C. and D.H. and Music by D.H. This film and all poems contained within it are Copyright Paul Chandler 2012. This is a Shy Yeti Production 2012.

Thursday 30th August... As well as working on other written projects I also began recording the new album, writing on Facebook I said "Just finished recording the first 3 audio tracks for my new spoken-word album. Not used Garageband since about 2009, but got back into it quickly, recording a number of versions of the poems ASK NICELY, BECOMING MORE CAT-LIKE and KISS ME QUICK! A long way to go to get to the 30 plus tracks that I'll need, but a good start!" Last night I came up with the title for my book after NOT AS SHY AS I WAS and having shared that title with Dominic and Dan I think I'm going to go with it... But keeping it under wraps a little longer, yet.

Friday 31st August... As well as the usual editing over breakfast and after work and the tinkering of various projects during breaks, today I recorded another 3 poems for the new CD. Once again I selected pieces from my recent SHY YETI STILL RULES OK compilation. The poems recorded were PEACE OF MIND IN A TEA BAG, IS IT CHRISTMAS ALREADY? and I'M FAR TOO IMPORTANT TO KNOW YOU... Alongside a few false starts that weren't recorded, I laid down 3 versions of the first two poems and just two of the third - partly because I'd finally got my teeth in by this stage and managed to perform the last poem without too much of a hitch!

Saturday 1st and Sunday 2nd September... Other than editing and some photos in London, I was mainly out and about with friends this weekend. That said I did manage to record two more poems whilst staying at Harry's house. These were LOVE-GO-ROUND and THE UNAFFORDABLE FJORD.

Monday 3rd September... Managed a bit of editing before work and the usual final tarting up of my next couple of books, due out soon. The Broadstairs video went up on Youtube today, too. Otherwise, I managed to get out on location during my lunch break - recording two audio tracks for my next album of daft verse. Poems were NEVER TRUST A SKINNY FISH AND CHIP MAN and IS A TOADSTOOL A TOAD'S TOOL? Two short ones that were quick to read; 3 goes at each! Secret location for recording was Belgrave Square Gardens, near my work - which we are lucky enough to have the key for. Not that you can see where I'm recording as it's an audio project! But there you go...

And here we are today, Tuesday 4th September, just in case you weren't sure - I know I had to check... More editing before breakfast, loading up the Broadstairs film on Vimeo and now, once this is recorded I am heading off to record an audio version of my poem MISTER MOSQUITO. The first episode of SHY YETI'S SEA-SIDE SHUFFLE is coming along nicely, by the way.

Anyway, as I've already mentioned, I have been busy recording a new audio album. But why, you may ask?

To be honest, with all the videos I've been making over the last 3 years I wonder whether there is any need for spoken-word yeti poetry, but on the other hand I reason that it's good to make the verse available in different formats for different situations. After all, you can't watch a youtube video in the car or on your iPod whilst you're walking along - well, you could, but it's not advised - but you might like to listen to a little yeti growling whilst you're out and about! I know, I do! ;)

So anyway, I've been doing more audio recordings this week as part of putting together a new album for release before the end of the year. This new album is going to be entitled SHY YETI'S FRESHLY BAKED CUP-CAKE COLLECTION and will probably a mixture of poems that I've written since 2008.

Anyway, more about all this when it's a little closer to being ready...

So now onto, PIE-TRY IN MOTION... What is it, why does it exist and why was it recorded so long ago anyway only to be left dust-covered on a shelf somewhere? Actually, there was no dust - the tracks were safely on my laptop and iPod, but that's not important right now! Anyway, before I try and answer any questions here's all the details you need to know about the tracks contained on the album.

PIE-TRY IN MOTION is the (until now!) unreleased sequel to SHY YETI'S HOME-BREWED VERSE album - recorded in 2008 and released here for the first time. This album originally contained multiple takes of many of the tracks and the best version of each has been lovingly selected by a gang of unemployed yeti who were forced to make a decision or else they wouldn't get any pies for lunch. Many of the tracks here first appeared in Paul Chandler's 2008 collection SHY YETI'S INCREDIBLE PIE-CRUST COLLECTION, but many of them are pieces that I still perform today.

PIE-TRY IN MOTION can be purchased for just £5 from: http://shyyeti.bandcamp.com/album/pie-try-in-motion and here are the poems included on it...

ABOVE THE CLOUDS
ALL GIVE - NO TAKE
THE BALLAD OF A GO-GO BEAR
THE BALLAD OF CAUSEY HILL
BELLY BUTTON FLUFF TEA
BREAKING UP IS HARDER...
DIAGONAL CAT
FLOOZY
GIRLS LIKE ALENA
GROOVE
HIGH HEELS
HOPELESS ROMANTIC
HOW I'D LOVE TO BE A CAVEMAN
I NEVER SAY NO TO PIE
I WILL EAT PIE
IF DIAMONDS ARE FOREVER
IN PUBLIC!!!
INSPIRATION
LITTLE PIG
MY LIFE IS A MUSICAL
MY MOMENT IS NOW
RABBITS DON'T REALLY LIKE LETTUCE
THE SOLEMN SALAMANDER
SOMETIMES I JUST WANNA...
THE STAND-UP CHAMELEON
SUPER YETI AND COSMIC BEAR
THERE IS SOMEONE FOR EVERYONE
TOO SLUSHY FOR SNOWMEN
THE UNGRATEFUL VALENTINE
WHAT BEARS DO...
WHAT IF (INNER VOICE)
YOUR KNIGHT IN PINK LAME
A LIFE TOGETHER

My dates for the two albums are slightly sketchy, but SHY YETI'S HOME-BREWED VERSE was recorded around July 2007 and PIE-TRY IN MOTION has dates on the files from late December 2008 and early 2009, although I'm not sure how accurate that is now. With the first album I recorded it all in London, I wanted there to be a difference in the sound quality between the tracks. From what I can remember I recorded some in smaller, low-ceiling-ed rooms in the college where I work - some in bigger more echoy rooms and some out in the park across the Square. When I came to the 2nd album, probably partly because of the weather, I recorded it all indoors - although I'm not actually sure where I was when I did so. Possibly work as it would have been during college holidays - but also possibly at my parents as I might have been home for Christmas. With the album that I've just started to record I have aimed to I'd like to record in different locations as I did with that first album.

One or two of the tracks from the two albums are on my Soundcloud profile at: http://soundcloud.com/shyyeti, but this is the first time I've actually gone through all the takes and decided which are the best ones. So, I guess it's finally a completed project - which is always feels good to be able to announce!

Anyway, that's about it for now - it's time to hurry off and make those final decisions about what to read tomorrow night at The Poetry Cafe, near Covent Garden. Turn up any time after 7, blast off is 7.30! It's not just me, of course, but John Smallshaw too - and the theme is animals! As you will have guessed, I'll be posting about the show in next week's post and with a little bit of luck I'll have the first SEA-SIDE SHUFFLE episode edited by then too - followed swiftly by another live video from tomorrow's show! Hoorah...

More soon, thanks for reading... 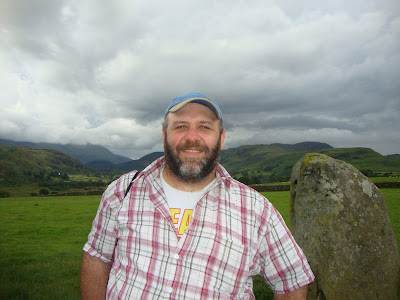 This Post and its contents are Copyright Paul Chandler 2012