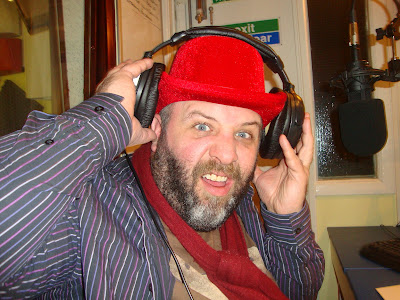 WHAT WENT ON AT RADIO WEY ON VALENTINE'S SATURDAY!?!
So, you may ask! How were things on Radio Wey last weekend? How many poems did you read? WHICH poems did you read? Did anything extra-exciting happen? Did any listeners propose to one another on air? *erm, NO!* Well, it was our Valentine's Day episode!!

Is there a video? There is - but don't go running off to watch it before I've finished talking! So rude!

So what did I read? Quite a few ditties, as it happens! Some of them were from my new CACTUS HEART compilation and some that just fitted the theme and were in older collections. The poems were as follows:

KEEP ON GETTING IT WRONG
MUGSHOTS (2004)

In addition to this, just before reading my own final poem I read one by a local Woking poet called Sally Blackmore who you can  read more about on her blog at: http://sallyjblackmore.co.uk/ Sally and I have been in contact to discuss the local group and about the potential of doing a show together in the future and I read her poem KANDAHAR POMEGRANATES; we were getting towards the end of the show by this stage - so I hope I did it justice, Sally! Live radio's a bit crazy - there's never enough time and I know I always end up reading faster when I know I have to fit in a piece before the news! ;)

Anyway, as well as reading all the poems, Tim also agreed to let me choose 4 songs that are all personal favourites and loosely fit different aspects of that night's theme. The songs were:

There's a video containing all 7 of my poems, as listed above. It's a little dark because the studio wasn't that well lit in my corner - but it's perfectly viewable. Dominic was there and helped as a cameraman and you can watch the video at the following link:

Thanks to Dominic for doing the majority of the filming and thanks again to Tim for inviting me onto his show for the third time since October. Hopefully I'll be back in May sometime when we're thinking the theme might be animals; so a good chance for me to read all my daft animal pieces! :)
I've also been busy this weekend filming a new episode in the glamorous location of... Surrey... in the snow; or should I say - in the slush! The episode is provisionally entitled SHY YETI GOES BUSHY; but there's PART 8 OF YETI HUNT U.S.A. to go up first; not to mention my SHY YETI IN THE NEW FOREST installment from January! Anyway - they'll be some behind-the-scenes photos from SHY YETI GOES BUSHY going up next week on the blog anyway!

P.S. Just a quick reminder... Should you want to follow me on Twitter my profile is: https://twitter.com/#!/SHYYETI I've been using the site a little more of late and sometimes commenting on areas of my writing that I don't do in quite the same way on Facebook.

This post and all photos in it are Copyright Paul Chandler 2012. 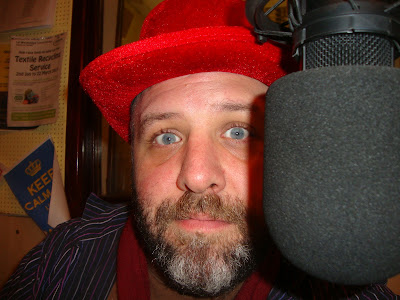