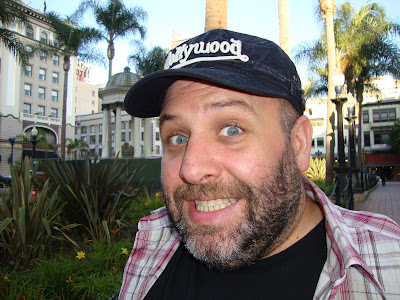 Well, this week I'm very pleased to announce that SHY YETI U.S.A. is back for its final 3 episodes... Those of you who have watched the earlier episodes will know that the first five episodes were filmed back in Summer 2011 and so far were posted in two batches: parts 1-3 during October 2011 and parts 4-5 back in December. Well, the final three episodes are due over the next months or so and were filmed during my second trip to the States back in November 2011.

The episodes are available at the following links:

Here's a little more information on the latest episode to be posted...

YETI HUNT U.S.A. returns for its final 3 episodes... In Part 6: LIVE AND LET SAN DIEGO the boys head to the city of San Diego to continue their hunt for Shy Yeti's lost yeti relative. Finally it looks as if they're getting closer and have made contact! Before they meet the mysteriously named "Yeti X" much silliness ensues - not to mention 2 poems from the 10th anniversary edition of Pau's first collection: JUNK/FOOD. The pieces are entitled I AM THE GERMS and DOLPHINS CAN BE SOCIABLE. Oh... And there is also a Yeti Dance! This episode was filmed in mid-November 2011 and also stars Dominic McCauley and includes music by Luca. The copyright of this film and the poems included in it belongs to Paul Chandler, 2012.

So - having watched Part 6, what of the final two episodes? What do we have in store?

Well, I don't want to say TOO much; but what I will say is that Part 7 pretty much resolves the big search for one of Shy Yeti's yeti relatives - whilst allowing you to sample a few more poetic delights down in San Diego. I've already begun work on Part 7 and hope that it'll be ready by the start of February. Part 8, meanwhile - is kind of my farewell to California in that I get to return to some of my favourite locations as seen in my three previous "Hollywood" epics: SHY YETI GOES TO HOLLYWOOD, the four part SHY YETI BACK IN HOLLYWOOD; not to mention the earlier episodes of YETI HUNT that I filmed in Summer 2011. Both these episodes features poems and prose from my next collection ARE WE THERE, YETI!?; not to mention sketches and yeti dances. I'm hoping that Part 8 will be finished before the end of February - but we'll just have to see...

I can also exclusively reveal that there is one further episode filmed in Los Angeles during November 2011; a behind-the-scenes look at attempting to make a video for a first draft piece before I flew home - which also includes a trip to the Batcave from the 60s series of Batman. I'm going to hold this one back a bit and release this later in the year as I'm not quite ready to say my goodbyes to L.A. and the surrounding countryside!

Next time we'll be looking at a new compilation that I have just released for Spring 2012 called CACTUS HEART - an 80 page collection which collects together poems and prose with the theme of "lost love" from all the books that I've released since 2001. The week after that we'll be discussing my expected return to Radio Wey for a Valentine's Day show on Saturday 11th February!

Anyway - that's quite enough for now! 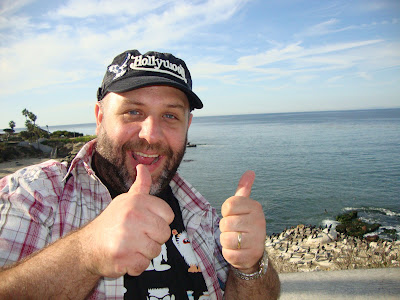