FUNERAL FOR A SHOE WILL BE OUT IN NOVEMBER... 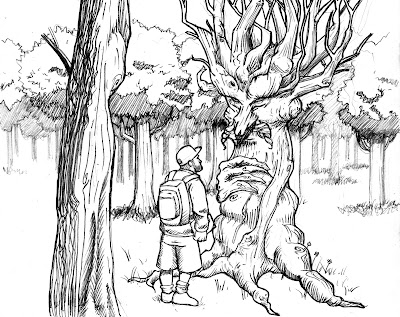 ...AND THIS IS SOME OF THE FAB ARTWORK FROM IT!!

Yes, it's true! I wasn't sure whether to release this book before or after Christmas - but it's been thoroughly proofread - all the artwork has been received and I'm well over half-way through writing it's sequel! Not to mention that but I have a gig on 18th November for JUNK/FOOD which is the perfect time to release both - the old and the new! :)

Oh - and that artwork at the top of the page! What do you think? Great, isn't it? I'd like to put all five pieces up on the blog - but then you wouldn't need to buy the book!

There may well be more about Pete to come and he's also working on some new pieces for my next collection ARE WE THERE, YETI!?, but for now you can learn more by clicking on a link to his site:

Pete has done an illustration for each of the five stories that fall under the novella (or whatever it may be - five slightly quirky pieces under the title ELEGY AT THE FUNERAL OF A SHOE... that are the backbone of my next collection.) Anyway - you're not going to see them all - this one is just a taster; you'll have to buy the book to see the others!

Moving swiftly on... So, how was my trip to Lille? Did I mention that I was also going to Brugge? That's Bruges to some of you... I'm spelling it the authentic Dutch way, don'tcha know!?!

Well, anyway! It all went very well; even though I did leave my adapter plug at home! I did remember the charger - but that wasn't much good without the adapter! I simply didn't have time in my schedule to pick one up and so I just ploughed on with what battery power I had. (Yeti Ed. Did you like that last bit - I think it made me sound like a rock star or summat... Although if I was really a rock star then I'd have someone to run around and do stuff like buy me an adapter. I'd also have a team of camera men following my every move! I wouldn't be doing it myself... How boring THAT would be! I like making my films! Personally, I just didn't want to troll around Brugge's version of DIXONS to find one! hehe) In the end I had more than enough power to film plenty of footage in both Lille and Brugge; including three poems from my recently re-issued 10th anniversary edition of JUNK/FOOD, lots of scenery, a bit of silliness and, of course - the most important bit: A YETI DANCE! This one filmed down a back alley in Brugge! How glam!

Hopefully some of the photos from this trip will emerge in one of my books next year; as for the proposed SHY YETI ON LOCATION episode, I am hoping that I'll have that done once YETI HUNT U.S.A. is completed around Christmas 2011/New Year 2012. There are also few photos at the end of this post. Anyway, all you need to know for now is that it all went very well and I didn't accidentally press delete and lose everything like I did during my trip to Venice last November!! 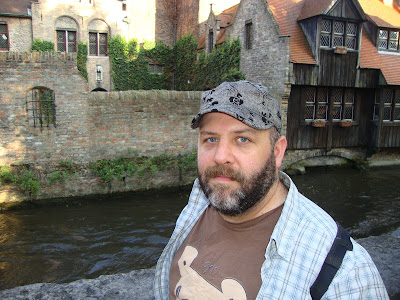 Whilst we're here - here is the Vimeo link to the second YETI HUNT U.S.A. episode:

YETI HUNT U.S.A. - PART 3 should be up by next week on both Youtube and Vimeo if all goes to plan!!
And a quick update on the ratings of my many various yeti videos - I'm just going to reproduce the top 40 on this occasion!! SUTTON PARK episodes are still leading the way, even though it's been well over a year since the first 7 episodes were posted; I will return to the series in time - probably for its 20th anniversary next year! The rest of the top 40 is made up of a mixture of videos - some of them dating back to my first batch in 2008, others to my first batch of SHY YETI ON LOCATION episodes from 2010, however there are already a fair few from the episodes released this year; with A YETI IN WINTER seeming to have gone down particularly well, so far. Yay! Thanks again to everybody who's been watching them!

That's all for now - enjoy some of the photos from my Lille trip...

Here are a few photos from my recent trip - my mission (which I chose to accept and which wasn't impossible...) was to read a few old poems, say a few daft things and to manage another yeti dance on foreign shores! The contents of this post, including all photos are Copyright Paul Chandler / Shy Yeti 2011 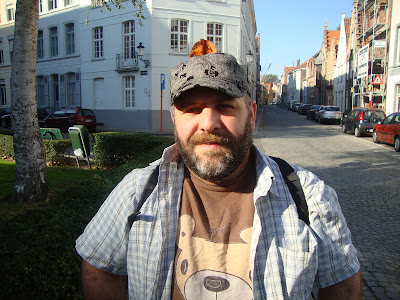 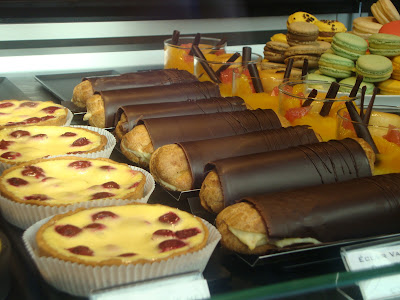 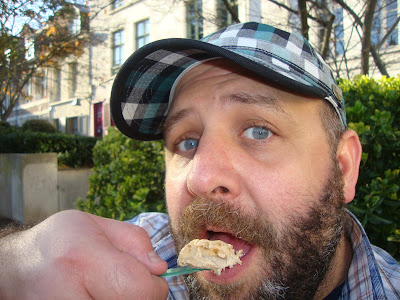 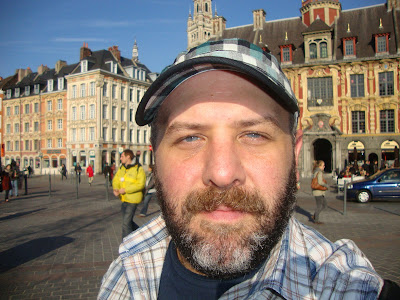 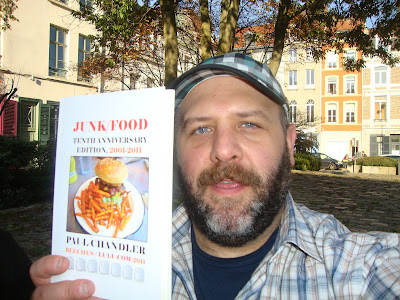 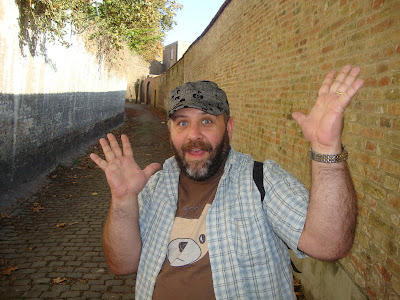 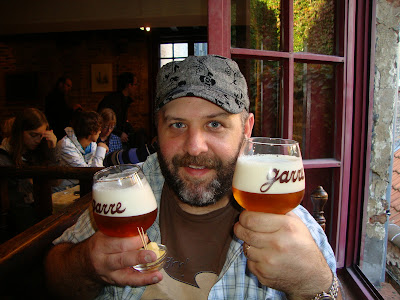