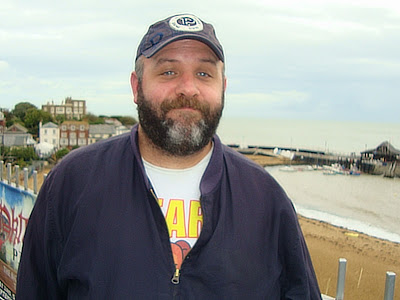 A NEW VERSION OF THE TRUE LIGHT!!

I won't stay long! But I thought you might be interested to read a new version of THE TRUE LIGHT which I decided to write today... Essentially it's THE TRUE LIGHT - the prose version!

I hope you enjoy it, anyway!

More next week - when I should be able to report on how reading on Radio Wey went and I should finally be able to announce the release of a new Youtube/Vimeo film set on The Isle of Wight.

That's all for now! Enjoy!!


“I promise you, sincerely… Darling, you have to believe me...” he pleaded.
She wasn't convinced, but listened all the same.
“I'm a changed person…” he insisted. “I've realised how stupid I am… “
“You've seen the light, I take it!?”
“Yes… Yes, darling… That's exactly it! I have… You and I together, baby…”
“You expect a lot of me…”
“I do – and I know that, but with your help we can get through this!”
“Stop begging… It's very unbecoming in a man of your age…” she said.
“I’m sorry…” he agreed, he was very good at grovelling…
It was one of his strengths and it limited him not to be able to play that card!
“It's just that I no longer feel like I know you any more…”
“But we can get to know one another again… You'll see the new me…”
“Really… Well, I'm sorry – I’m not sure I can cope with all the infidelities…”
“But darling… I did it for you… That mild flirtation with the milkman…”
“It was a little more than that, I’d say! The full civil partnership, I thought!”
“But you do realise that we got a discount on our bill because of that…”
“50p off! Big deal… But what about the paperboy - I found you two in bed...”
“That was another discount, baby - I told you! I was trying to save us money!”
“And the butcher? Was it cheap sausage you were after? What about the baker?”
“He has nice buns – don’t tell me you don’t like his buns, darling…”
“…And the vicar's wife? Don’t tell me… Cheap entry tickets to heaven?”
"Now don’t be so frivolous, I explained that, darling…” he reminded her.
“I do recall that you tried to – but remind me… Mistaken identity, wasn’t it?”
“I hadn't got my glasses on and I mistook her for you…”
“But sweetheart – the vicar’s wife is almost eighty…”
“Please honey… Let's not fight about this, now… Why don't we be friends?”
“You’re not getting a kiss or a cuddle out of me that easily…” she told him.
“But we don’t need to fight like this… Surely… Let me make it up to you!”
“I know you – you think every argument is won with a trip to the bedroom!?”
“I wouldn’t say that…” he replied sadly, but he knew she was right.
“It's your solution to everything, darling!” she said. “It’s your trademark…”
“Am I that predictable?” he enquired, attempting puppy dog eyes.
“I'm afraid you are? And stop doing that with your eyes; it makes you look peculiar!”
“Let me prove you wrong, honey…” he said. “Let me show you I've changed…”
“Because truly, you’ve seen the light… Is that it?"
“I’ll make you see I’m right, darling – if you just give me one more chance…”
She stared at him pityingly, there had been good times once…
But that was a long, long time ago.
“You’re talking complete bollocks…” she replied.
For she knew the score – he wasn't the only one to have truly seen the light... 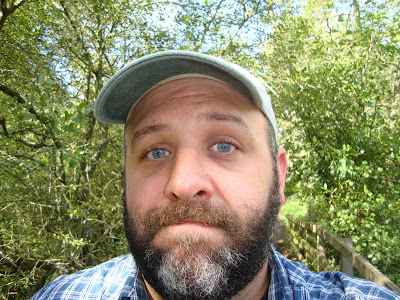 IT WAS TEN YEARS AGO TODAY - HAPPY BIRTHDAY "THE TRUE LIGHT!"


I do hope that the rest of my poems don't get upset - some of them are well passed their 10th anniversaries and I never said a word when they did and many others will be reaching their 10th anniversaries any day now. But today, 10 years ago I wrote THE TRUE LIGHT, which has proved to be one of my most enduring poems - at least in terms of how I value it and still like it enough to read it on a regular basis. Its next live performance will be during the middle of next month at my JUNK/FOOD show...

It's also a very important poem, for me, because it's the one that started me off writing poems. I'd written them before when I was at school around 1992; but never as continuously as I would do. Looking back at my first few collections I can see that I was experimenting with the style of poetry I would like to work with - not always successfully, but at least I was trying. The format of prose pieces versus rhyming poetry was established very early on - but as a first attempt I can't help but be proud of THE TRUE LIGHT. It was only even written because a friend of mine was talking about humorous poetry and I happened to comment that I used to write funny verse. I didn't have any to hand as an example, so I came up with THE TRUE LIGHT in about an hour or so after breakfast. I wonder what would have happened if I'd never had that conversation!

Other poems that I still perform from JUNK/FOOD about to celebrate their 10th anniversaries include...

So HAPPY BIRTHDAY to them too - and to any others from JUNK/FOOD that I don't perform so often!

Not all poems from JUNK/FOOD are about to hit their tenth anniversary - some are far older - DISCO and THE SORRY TALE OF FRED THE DINOSAUR hit their 20th anniversaries in March 2012! I do hope the younger and older poems all collected in that book don't squabble - what an awful thought! I'm worried now!

I'm sure most people who read this blog will have read or heard THE TRUE LIGHT, but I include it again here in honour of its 10th anniversary. If you haven't seen it before - or even if you have, I hope you enjoy it!

Should you wish to watch performances of this piece it is available in a number of different forms online:

This performance is from the 4th episode of SHY YETI ON LOCATION called OUT AND ABOUT WITH SHY YETI, from January 2010.

This is a live performance from my first trip to THE COBALT CAFE in L.A., in August 2010.


I promise you sincerely…
I promise you tonight!
I'm a to-tally changed person!
That I have seen the light!
I'm re-formed, re-paired, in-spired!
Neither trouble, nor a strife…
I beg of you, my darling –
Come and stabilise my life!
Take the shackles off my past, dear!
Let me show you the real me…
I've stopped flirting with the milk man –
Discount yoghurts - 50p!
I'll never bed the paperboy,
Neither butcher, nor the baker…
Nor snog the Vicar's wife again,
For you I did mistake 'er!
I hadn't got my glasses on…
(I know that's no excuse!)
But let's get back together!
Let us stop this mild abuse!!
SO…
CAN we be friends who just cuddle?
CAN we be friends who just kiss?
CAN we be friends who go further?
And share a mutual bliss!?
I've changed! I've changed!
I've changed - I HAVE!!!
I'll make you see I'm right…
I'm a to-tally changed person…
And I've TRULY seen the light!

THE TRUE LIGHT is Copyright Paul Chandler 2001-2011 and appears in many of Paul's collections old and new, as an introduction to his poetry. THE TRUE LIGHT originally appeared in Paul's first collection JUNK/FOOD which is being re-released in a special 10th anniversary edition at the start of November 2011.
Posted by Paul Chandler at Thursday, October 06, 2011