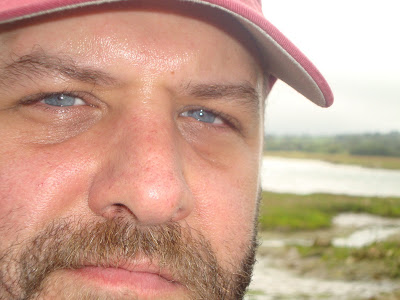 How are you? Feeling poetic? I do hope so!

I was hoping to be announcing that my next SHY YETI ON LOCATION video would be ready this week, but it looks as if it will be delayed until next week now! I can promise you it's nearly done - it's just that I had the bright idea of adding a quick trailer for the USA series - due soon - and, of course, that has taken some time to put together! I'm away this weekend - but once I'm back I promise to get it done.

What I can announce, however - is that not only have I put some more poems on my Soundcloud site, but I have also started a TUMBLR account. It's all new to me - and I'm not sure what it can provide that isn't already provided by this blog or by FACEBOOK and TWITTER; but I'll give it a go.

If you want to check it out then the link is: http://shyyeti.tumblr.com/

Finally today - I want to share with you a new poem that I wrote this week in response to the chucklesome yeti poem that my friend and poetic colleague, John Smallshaw wrote in my honour this week. Well, I was honoured, indeed! John is a man who, like me - like to rhyme and so my response is a piece called JOHN, I'M ONLY RHYMING - a cheeky rewording of the old David Bowie track. I've covered this ground before briefly in my piece THEY DON'T RHYME THEIR POEMS IN L.A. from my VAMPIRE COWS OF SCUNTHORPE book earlier this year - but this has allowed me to write on this subject a little more. It's really just a little grumble about how rhyming poetry seems to be frowned on in some quarters - usually within the poetry or academic community; whereas "the man on the street" still seems to appreciate it. Surely there is room for rhyme and free-verse!?! I don't see the problem myself. It just smacks of snobbery - but I have met that reaction over the years.

Anyway - this piece is too new to appear in my FUNERAL FOR A SHOE collection that I hope to complete by the end of the year and instead will be included in 2012s ARE WE THERE, YETI? As for this collection I can confirm that I have already written almost 50 pieces for this book - a mixture of short stories, poetry, vignettes and one or two pieces rescued from the Yeti archive. I also have some exciting news about some artwork that I have commissioned for both books - the results are brilliant; but I'm not saying any more for the moment!!

Anyway - enjoy the new poem and check out John Smallshaw's work on: http://www.johnsmallshaw.com/ 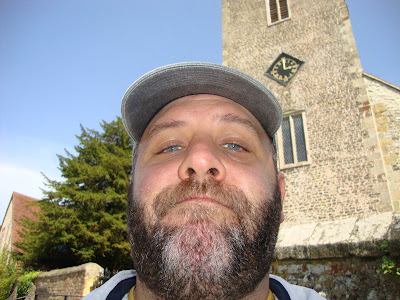 John, I’m only rhyming;
I can hear some people tut…
They don’t want our twisted lyrics!
I think they’re going off their nut!
Why do they have to be so boring?
Who says it’s them that sets the rules?
It’s like they’re our poetry headmasters –
And we’re enrolled within their schools!
I’m not averse to ditching rhythms –
If what I’m writing doesn’t fit…
They’re all so stuck in their own ways –
I think they must have shares in Pritt!
Oh, John – I’m only rhyming…
And now I don’t mean to impose –
But ain’t it best to be free-thinking?
And just write down whatever flows?


John, I’m only rhyming!
Am I not a proper poet?
Do I have to be pretentious?
Have I failed? Heck! Did I blow it?
Do I really have to mean it?
Do I need to get more tougher?
Do I have to fight the good fight?
Do I really have to suffer?
Yes, the most eccentric stanzas –
Into poems should be smuggled!
I simply want to play with words;
The English language should be juggled!
Oh, John – I’m only rhyming!
Don’t you agree – it’s quite beguiling!
I only want to make ‘em chuckle –
I simply want to keep folk smiling!


John, I’m only rhyming…
And it’s what I’ll keep on doing!
Oh, let the academics scowl –
Oh, let them say we’ve gone to ruin!
Yes, let them claim we’re an abhorrence –
Let them give us a bad name…
Why would we ever want be like them?
Why would we want to be the same?
They’re like the bullies in the schoolyard;
Well, let them bugger off – go hang!
And we will do just as we please;
Yes, form some crazy rhymers gang!
Oh John – I’m only rhyming…
Let’s flaunt our lyrical defiance!
And keep on doing as we do –
You know, it’s hardly rocket science!

JOHN, I'M ONLY RHYMING is Copyright Paul Chandler 2011 and will eventually appear in Paul's Summer 2012 collection ARE WE THERE, YETI? published by Beeches Books on http://www.lulu.com/
Posted by Paul Chandler at Friday, September 09, 2011