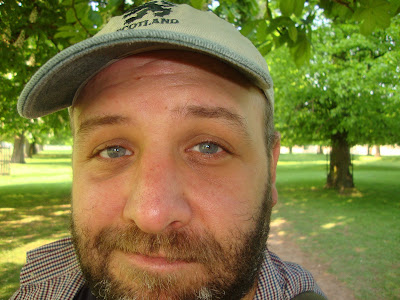 Just a quick post to say that I have just added a profile on Soundcloud - which you can find at the following link:

To date I have added 3 audio poems which were recorded in 2007 and 2008 for my SHY YETI'S FINEST BREWED VERSE and PIETRY IN MOTION albums that never really got official releases, but were given away with some copies of my books around that time.

I hope to load more poems over the next few weeks - but the ones that are currently available are, as follows:

MY LIFE IS A MUSICAL
http://soundcloud.com/shyyeti/my-life-is-a-musical

The new book THE VAMPIRE COWS OF SCUNTHORPE is now as good as completed - in fact it's first copy should currently be being printed by http://www.lulu.com/ at this very minute! Once I receive my copy then it'll be released... So watch this space!!

June is looking like a busy month - with the 16th June Poetry Cafe show - the new book - more poems on Soundcloud - not to mention (hopefully!) the next SHY YETI ON LOCATION video... I'm also hoping to go back to open-mike night at Poetry Cafe soon too!