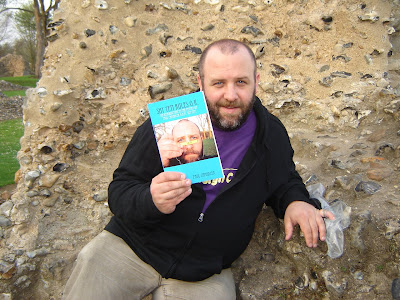 ANOTHER NEW POEM FROM "DO YETI WEAR PYJAMAS?"

As promised - another new poem from the new collection - one new poem each week until the new book is available. Lastest news on DO YETI WEAR PYJAMAS is that all the poems and comments have been proofed and I am now just going through all the extra bits at the back of the book. The way things are going the collection should be ready to go to Lulu a week today; paws crossed.

More on this next week!

As well as working on this collection I have completed a new poem this week for THE DEATH OF LOVE - it's called THE EARWORM and is all about those irritating songs that get stuck inside your head. I have also been working on some new short stories to go into THE YETI MACABRE collection of horror poems and stories.

Anyway - the poem that I am posting this week is called THE CROCODILE and is all about slimey types who you might come across in your working life... I hope you enjoy it! :)

PS The photo has nothing to do with crocodiles - it's just a random one I found from last spring when I was taking photos to promote my SHY YETI RULES OK collection.

He's watching every move you make –
His smile is proud and wide…
He has a chuckle in his voice –
So you will think he's on your side!
But do be certain that he isn't;
You may not know him very well…
But he is hungry for your blood –
Yes, he's just there to give you hell...
Yet there are stupid people out there –
Who seem impressed by his tall tales…
Needs only look them in the eye;
Works every time; this never fails…
Those same people think he's talented –
Or that he's clever; full of charm…
But you and I now know the truth…
He's only here to cause us harm!

Because he's the crocodile –
And he's sharpening his teeth!
He's got your freedom in his sights –
Soon he'll be sending you a wreath!
That devious crocodile…
Oh, he has got a lot of bite…
But if you cross him once too often –
Then he will drop you from a height!

He's watching your reactions –
He will enjoy your growing fear…
He'd love to keep you in a cupboard –
And let you out just once year...
If he so chooses you will perish –
So, do retaliate at will…
You must side step if he approaches –
As he moves in to make a kill…
Well, could you be in any doubt –
About his motives or his plans?
He was never mister nice guy –
And no, he has no screaming fans!
The only screams you may well hear…
Will come from those left at his mercy!
All those people he makes suffer –
Who may bow to him or curtsey!

Yes, he's the crocodile…
Hark! Hear the snapping of his jaws…
He is everyone's worst nightmare –
And soon he's going to end up yours!
That greedy crocodile –
You may well think him quite vanilla…
But deep inside he's drop dead evil –
With the cold heart of a killer…

He is watching as you're breathing –
Knows your heart is in your throat…
Make sure you carry silver bullets –
In case you need an antidote…
Carry close your sacred cross –
Just in case you're out of luck…
Just in case he bares his fangs –
And moves in close to have a suck!
Just in case the moon is full –
It always pays if you beware…
Because this man's a proper monster…
He's only out to cause a scare!
He's only there to cause you misery –
Likes to think that he's your master…
But if he's left in charge we're ruined –
By this brain-dead bringer of disaster…

But is he such a clever clogs?
He thinks he'll never feel your loss…
Until one day he might regret it –
Until the day you are HIS boss…

Oh, what a crocodile…
Don't let him catch you in a rush…
One twisted glance from that cadaver;
Will turn your brains into a mush!
That cunning crocodile –
No, you must not admit defeat…
Be sure you choke him when he swallows –
We all KNOW it's you he's gonna eat!