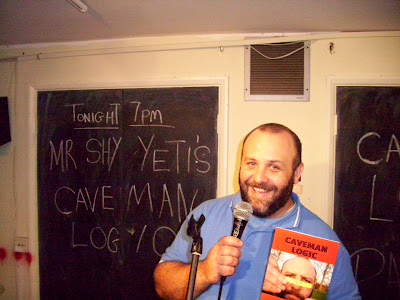 Originally scheduled for Sunday 6th September, my second Poetry Café gig of 2009 eventually took place ten days later on Wednesday the 16th of September. Due to mid-week-itus the turn out was smaller than hoped, but those who did turn up did an amazing job of making it a really fun night. I read a mixture of the old, the new and the even newer; as well as some pieces that I’ve never read live before and also one of my Auntie Astrid columns from the Mouse of Commons books. The idea of asking the audience to select a title from 4 random poems seemed to work too and resulted in me reading poems like WOULD AUDREY HEPBURN DO IT and YOU AND WHOSE ARMY, which I’d not thought about in ages. I think my favourite poem of the night was WHY AGNES, YOU’RE LOVELY! Simply because I surprised myself by how it came out when I read it. I was also pleased how well one of my newest poems THE CAFFEINE QUEEN went, whilst the random poems called out from CAVEMAN LOGIC turned out to be some of the weirdest ones! The other poem that seemed to have gone down well was WAVES, which was written about the death of my Great Aunt Jessie in 2001; it was lovely to here that it seemed to have affected people. As far as old poems were concerned I read YOUR APRIL FOOL because Gareth, who inspired it was in the audience, MY DOG IN A DRESS got another outing as Neph was there and YOUR CAT LIKES ME SO MUCH for Kirk as it was inspired by his cat. I finished with three favourites – A LEARNING EXPERIENCE and I WILL EAT PIES actually being called for by the audience.

Thanks to Anthea, Calum, Gareth, Harry, Johnnie, Kirk, Neph, Ross and Robert for coming a long and making an old yeti very happy!!

THE SHY LIFE is due out November 6th and I'll be posting more poems from it soon!


WHICH POEMS I READ…

This is pretty much the order in which I read the poems on the night, but I did go rather drastically off the original order from the programme; resuscitating some new poems and allowing the audience to dictate what I read more along the way by offering them 4 titles and getting them to choose one and then later repeating this by getting them to select titles from CAVEMAN LOGIC which were printed in their programme. What poems they chose from is lost in the mists of time (it was all such a frantic poetic whirl!) and the exact order that I read the poems, as listed below, might be slightly incorrect for the same reason.

IF YETI WERE SHY
RHYMES BEARS STEAL PIES FOR
THINGS AIN’T WHAT THEY USED TO BE (PT 1)
READY, TEDDY, GO…
WAVES
UNFULFILLED
(AUDIENCE CHOSE FROM 4 TITLES)
THE CAFFEINE QUEEN
I WANT THEM TO SEE ME (ON TOP OF THE POPS)
WHY AGNES, YOU’RE LOVELY!
POLITELY ENRAGED
DO SHEEP MIGRATE
RABBITS DON’T REALLY LIKE LETTUCE
(CHOSEN BY AUDIENCE - 4 TITLES)
HERBAL TEABAGS
FOXED
LITTLE PIG
MY DOG IN A DRESS
REVOLUTION ON THE 8.15
BETTER BY FAR
KISS ME QUICK
WE WERE GOING TO BE WED…
CHILLI PEPPER FINGERS
FLAUNT TRADITION
WOULD AUDREY HEPBURN DO IT?
(CHOSEN BY AUDIENCE - 4 TITLES)
YOUR APRIL FOOL
DISCO

EXIT PURSUED BY A YETI
FURRY FROM THE DEEP
HOPELESS ROMANTIC
HOLLYWOOD: LOW BUDGET
LAS VEGAS LIPS
GREAT BOOKSHOP IN THE SKY
HENS AND STAGS
YOU AND WHOSE ARMY
(CHOSEN BY AUDIENCE - 4 TITLES)
AUNTIE ASTRID’S ANGST ARENA: DEREK ANTEATER
CAVEMAN LOGIC
BUY ME A POET’S LICENCE
ATTACK CAT
PSYCHOPATHIC POPPADOMS
EDNA LOVELYSHOES
OWLS IN BRAS
SARCASM VS SURREALISM
(AUDIENCE CHOSE LAST 5 POEMS)
YOUR CAT LIKES ME SO MUCH
THE SORRY TALE OF FRED THE DINOSAUR
SOON ON YOUR WAY
COLIN THE CUSTARD-EATING SPIDER
THE TRUE LIGHT
A LEARNING EXPERIENCE
I WILL EAT PIES 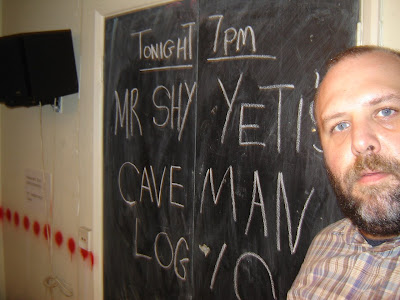 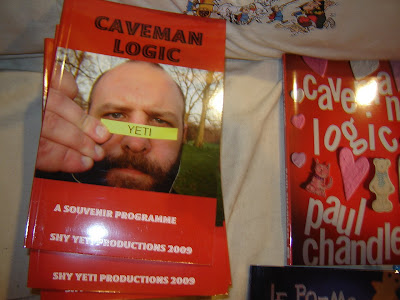 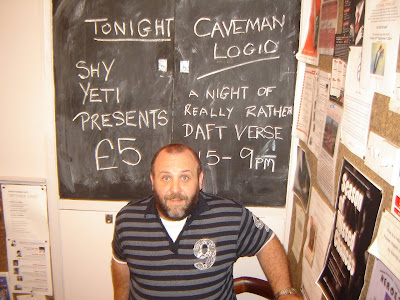 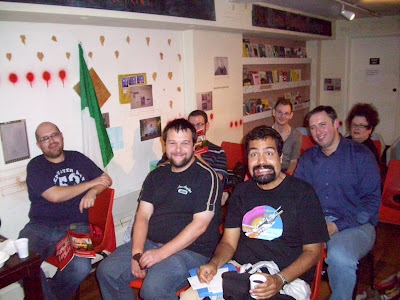