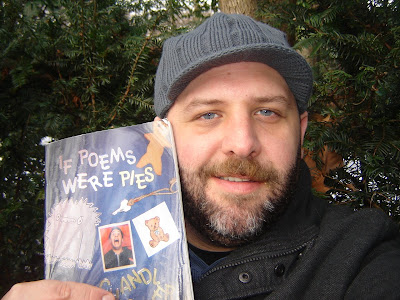 IF POEMS WERE PIES

Description:
A freshly baked collection of poems for 2009 from Paul Chandler, including 60 new compositions and plenty of daft photos of the writer, his friends, his pets and his pies. Contains the current favourites: THE BEAR WHO KNEW TOO MUCH, CHILLI PEPPER FINGERS, THE DAGENHAM DIVA, DISGUSTING OF TUNBRIDGE WELLS, DO KITTENS DRINK CUSTARD?, HOW IS HE?, THE KING OF RHYME, SWAGGER, TOO SLUSHY FOR SNOWMEN, A VOICE IN HIS HEAD, WHATEVER and the title verse: IF POEMS WERE PIES.

As you can see from above my new collection of verse: IF POEMS WERE PIES, is now available and I have included the title poem at the bottom of this post.

I am already very busy with the next collection and have written over 30 new poems since the beginning of the year which will be part of this next book which will be entitled: CAVEMAN LOGIC. This coming sunday, 1st March 2009 also sees me doing a gig at 7pm at The Poetry Cafe in Covent Garden, London! Do come along if you can!!

More soon - with an update next week of how the gig actually went!! 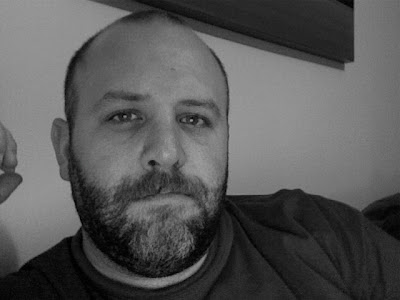 IF POEMS WERE PIES

If poems were pies –
I'd read a lot of verse…
I'd consume a lot of rhyming –
Keep a poem in my purse…
I'd read a poem every morning –
And 12 more to just be sure…
I'd have a poem for elevenses!
Those kind of words I could endure!
If poems they were gateau –
At my heart-strings they would pull!
If poems they were pies…
Then I'd eat a whole bookshop full...

If poems were pies –
I'd queue hours for a sonnet…
I'd immerse myself in elegies –
Then I'd sprinkle thyme upon it!
I'd make a lovely suet pudding –
Maybe invite the local priest...
Then I'd celebrate great literature –
And have a really splendid feast!
Gimme Plath; her darker moments –
Oh yes, I'd happily fly through!
If poems they were pies…
Then I'd even grow to love haiku...

If poems were pies –
I would cover them in sauce…
I'd drown them all in gravy –
I would tap them out in morse!
I would read so many poems –
Until they took me in a hearse…
For me poetry is pastry!
To me pies some sacred verse!
A holy book to be consulted –
A blessed text that must be lauded!
If poems they were pies...
Then they were baked to be applauded!

If poems were pies –
I'd keep coming back for more…
I'd devour every ditty –
With an insatiable awe…
I'd have a poem served with custard –
Baked so crispy by the sun…
For it were poems made me porky!
Odes that made me weigh a ton!
Give me limericks for dinner…
Just to make sure I'll survive!
Yes, if pies were also poems…
I’d be the most well-read man alive!!
Posted by Paul Chandler at Monday, February 23, 2009